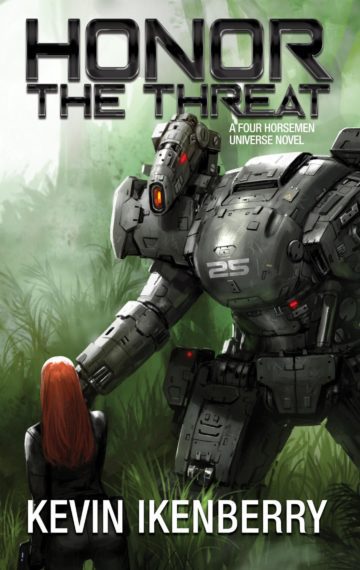 Except for Jessica Francis. Not only is she the newest Peacemaker, Jessica is also the first Human Peacemaker, and she commands the respect of few, both inside and outside the Peacemaker’s Guild. No one believes humanity is ready to take on the mantle of being a Peacemaker, and Jessica is stuck flying a desk. That is, until a species-induction mission comes along, and she is in the right time and place to get assigned to it.

The jungle world of Weqq was terraformed millennia ago and seeded to grow medicinal herbs to be used in the event of war. But when a routine MinSha collection mission stumbles upon a young TriRusk, a race that can synthesize diamonds and hasn’t been seen in centuries, the mission’s leader knows that more than just the MinSha will be interested in the creature, and that a Peacemaker’s aid will be necessary to protect the species.

With mercenaries sent to kill everyone on the planet and an administrator reluctant to turn over the young TriRusk, a negotiated solution may be impossible, despite Jessica’s best intentions. Outnumbered and outgunned, there’s only one thing Jessica knows; she’s got them right where she wants them.