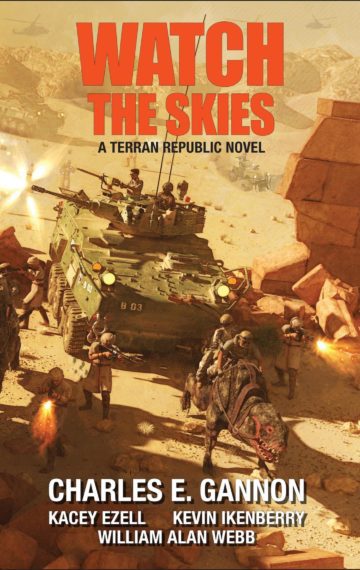 The Price of Survival!

In the six months since the raid that destroyed the makeshift transmitter, the Lost Soldiers have scratched out a permanent base on the world of R’Bak. But life in an often surprising and very alien binary system has not become any easier. Major Mara “Bruce” Lee’s pregnancy becomes a powerful reminder of that: without special indigenous plants, she might lose both her unborn child and her life. And, in the process of securing enough of that rare compound, her friend and crew chief Elroy Frazier will have to risk life, limb, and mind.

Meanwhile, under the guidance of Major Bo Moorefield, the Lost Soldiers are now spearheading the offensive of their indigenous allies throughout the wastelands known as the Hamain, even as the Sear approaches with its seven years of intense radiation and heat. Before it arrives, Colonel Rodger Young Murphy has laid plans for securing the information, weapons, and human capital necessary for the critical spaceside operations that will occur after the Kulsians’ pioneer teams—the surveyors—arrive.

The key to the success of the dirtside operations is to seize and hold Imsurmik, a major J’Stull-allied power center, thereby paving the way for Lieutenant Tyree Cutter and his specially trained team to search for the high value targets—citizens with knowledge of the soon-to-arrive Harvesters—that possess the information that will make it possible for Murphy’s Lawless to surprise and overcome the approaching Kulsian invaders.

Charged with identifying those high-value targets, newly-promoted Lieutenant Aliza Turan has been embedded with a group of locals inside Imsurmik’s walls, where the risk of discovery is constant, and trouble lurks around every corner. Her mission—to find the necessary intel without attracting the attention of a fearsome warlord—may be the most dangerous of all.

But all the risks, and all the dangers, facing El, Bo, Aliza, and Tyree are not just the price of success; they are the price of survival. Because if each piece doesn’t fall into place, and at just the right time, there will be no way to survive the onslaught of the Kulsians—who will surely hunt down and exterminate every last one of the time-stranded refugees known as Murphy’s Lawless.